Recently, the California Supreme Court issued a decision laying out the newest piece of law on the age old question of whether a worker should be classified as an employee or an independent contractor.

While there is always room for attorneys to pull on the loose threads hanging from new laws, and challenge its yet unsettled parts, this one is fairly straight forward (for now). To all of you hiring companies out there who have been skating along by claiming your employees are independent contractors, this isn’t going to be pretty!

First, you need to know that there is a presumption that a worker should be classified as an employee. Second, in order to overcome that presumption, you need to walk through what is being referred to as the “ABC Test,” also known as the “Dynamex Test”:

A.  Is the worker free from control and direction, both pursuant to their contract and in the performance of the work;

B.  Does the worker perform work that is outside the usual course of the hiring company’s business; and

C.  Is the worker customarily engaged in an independently established trade, occupation, or business of the same nature as the work performed. (ex. Plumbers or Electricians)

If any question is answered with a “no,” your worker is an employee.

This test has the effect of simplifying the evaluation for employee classification purposes. And yes, it is heavily weighted in favor of a determination that your California workers are “employees.” With this test the court seems to have intended to bring a level playing field to all competitors in every field. If they are all paying workers as employees, instead of some paying them as independent contractors, that aspect of the overhead costs becomes less important to the competition. 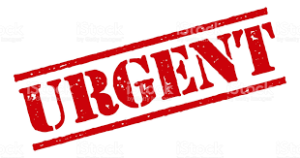 As mentioned above, on its face this is a fairly straightforward test, and it is advisable for every California company that hires workers to reevaluate their employment practices now. But there are some aspects of this new law that have been left as fodder for lawyers to argue over for years to come or at least until the court sets out yet another new view on this issue, as we have seen every few years, and then we can start all over again.

If you are not absolutely certain where your company stands under this new Dynamex test, it is urgent you consult a competent Employment & Labor attorney immediately. The enormous cost of doing this wrong can be a business killer. Undoubtedly, Employment lawyers and Wage and Hour attorneys are revving up to go on the attack now, because it is unlikely that hiring companies will be swift to adjust their employment practices based on this new test, leaving them exposed to huge financial penalties for failing to comply with the law.

It is better to be sure, than exposed.

Visit the website for Orange County Employment and Wage & Hour attorneys at Rudolph & Chonoles to find out more about how this new law affects your business.


One Trusted Law Firm for Your Business & You

The attorneys and staff at Rudolph & Chonoles, LLP are dedicated to assisting you with all of your business and personal legal needs. Contact us today to schedule a free consultation.